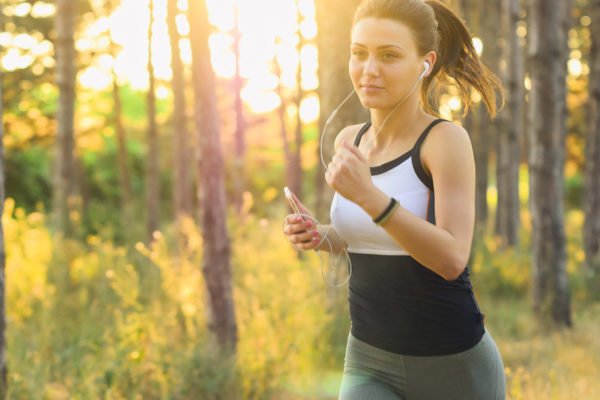 “Live microorganisms which when administered in adequate amounts confer a health benefit on the host” is a commonly agreed upon definition for probiotics.

Probiotics have been known to help with numerous health issues, most notably conditions affecting the gastrointestinal system such as IBS, diarrhea, and C. difficile. But, do probiotics play a role in weight loss?

This article will take a look at the various research that surrounds the conversation about probiotics and weight loss and help you decide whether probiotics are worth a try.

The Gut Microbiome and Obesity

Research around this topic has sought to determine what species of bacteria in the gut aid in weight loss and which species or strains contribute to weight gain. Studies introduced different probiotics and studied how they impact weight gain in humans and rodents alike.

Another 2006 study found that there were two predominant types of bacteria in the gut, Bacteroidetes, and Firmicutes. Decreased levels of Bacteroidetes were found in obese people when compared to lean people. The findings suggested that obesity could have a link to the microbiome.

A 2009 study found that the human microbiome is similar among family members yet unique to each individual within a particular family. This study suggested that changes in the microbiome related to obesity were associated with less diverse gut bacteria, altered representation of bacterial genes and metabolic pathways. Alterations from an identified ‘core’ microbiome could lead to an altered physiological state (such as obesity).

Even with the evidence above, it’s difficult to use probiotics in a formal manner for weight loss. No clear determinations have been made regarding what dose of probiotics is necessary for weight loss, how long it must be consumed for, or if the weight will stay off once the probiotic is discontinued.

When science answers these questions it will help determine if probiotics could ever be clinically prescribed for weight loss rather than a dietary supplement for weight loss.

Much remains unknown about how probiotics impact weight loss. A 2015 study researched how Lactobacillus gasseri (LG) impacted intestinal fat absorption. The study found that LG altered fat emulsion droplet size, which in turn decreased the amount of fat that was absorbed in the intestinal tract and led to increased amounts of fat being excreted through feces.

A 2013 study on the probiotics VSL#3 noted multiple effects on the body related to body weight. VSL#3 was trialed with rats and was shown to suppress body weight and insulin resistance and increase the GLP-1 hormone, which reduced food intake. The study suggested that VSL#3 could be helpful in fighting against obesity and diabetes.

Scientists have identified over 500 strains of bacteria in the human gut, which can be separated and multiplied to form probiotics for consumption for health purposes. A few strains have been the primary focus of research and some have been noted to affect weight loss.

A 2013 study looking at two different types of Lactobacillus probiotics. Researchers used randomized controlled trials with 28 healthy (but overweight) individuals and had them consume yogurt infused with probiotics. All treatment groups had reductions in body fat mass. The study concluded that an altered gut microbiome due to probiotics could change energy metabolism and body composition.

Numerous studies have shown that the probiotic Lactobacillus Gasseri has promoted weight loss in rats.

Research on Lactobacillus gasseri has shown its ability to decreased body fat, lower body weight, influence metabolic disorders, and decrease fat absorption and help the body excrete fat in feces. Many studies promoted the idea that probiotics needed to be consumed consistently otherwise the desired effects will stop or be reversed. One 2009 study found that fermented milk with LG regulated adipose tissue growth in rats.

Probiotics Can Cause Weight Gain

When using probiotics to promote weight loss, you should avoid these strains because studies have shown they can cause weight gain. Lactobacillus reuteri was associated with obesity and the study that concluded this suggested that microbiome composition can impact or even alter body weight and obesity. Furthermore, the probiotic strain, Lactobacillus acidophilus has also been associated with weight gain in some studies.

Probiotics for the treatment of health conditions, including obesity, remains a minimally beneficial option.

There is not strong evidence to suggest that probiotics should be a first or even second-line treatment option. Rather they continue to be an alternative option for consumers to pursue if mainstream treatments prove ineffective. Due to the complexities surrounding probiotics and the gut microbiome, research is difficult to conduct.

Conversely, probiotics are a low-risk treatment option for consumers to pursue for weight loss. Taking a probiotic in conjunction with a proper diet and exercise could yield favorable results given the evidence of the above studies.

As always, be sure to consult your primary care provider before taking any probiotics.